If the non-racists all vote, we'll remove him.

If you're grieving and exhausted and angry right now it's because you give damn.

White Christians—Yancy challenges—there are action steps all around us. Don’t let ignorance be the reason you sat in silence this time. #BlackLivesMatter https://www.redletterchristians.org/four-thoughts-for-white-christians/

Good God from Zion, this baby. 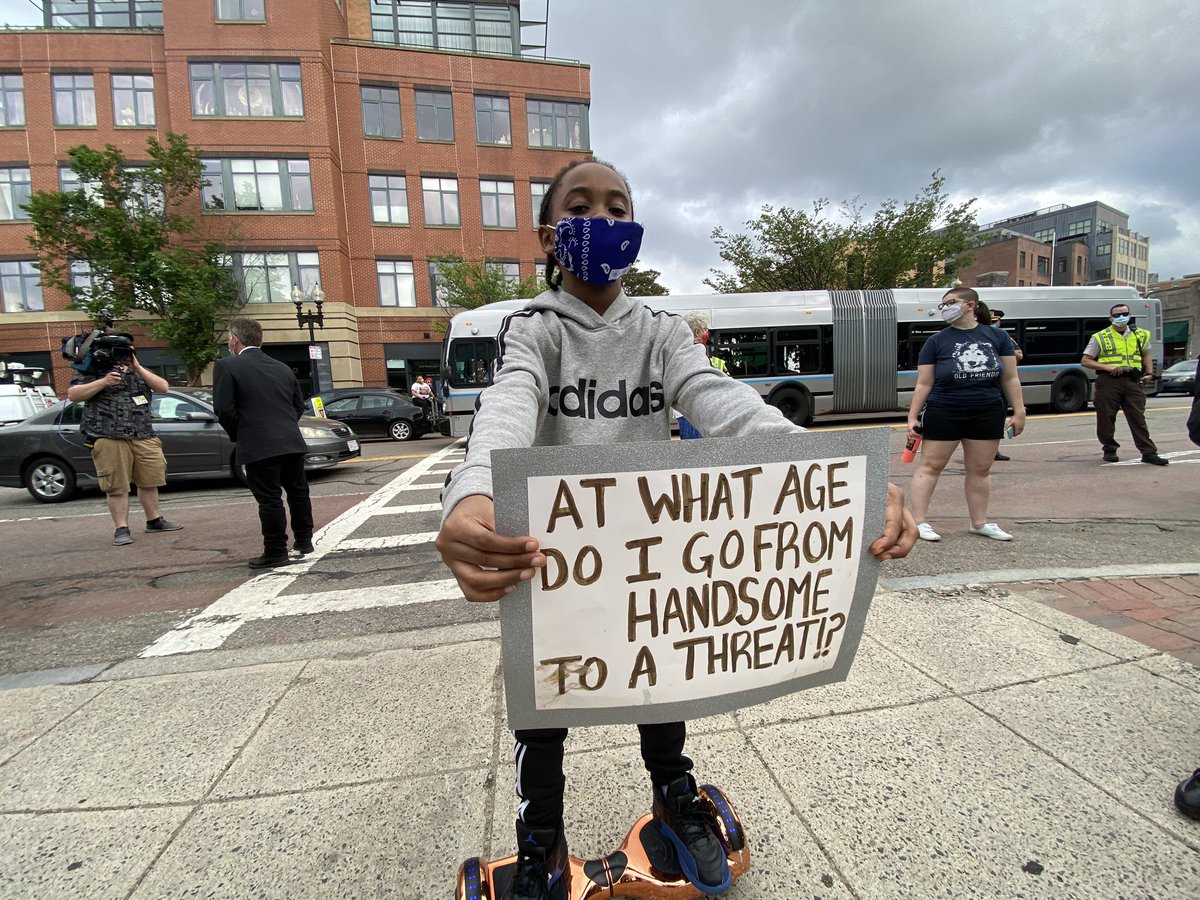 My sermon video for Sunday, with ⁦@KaitlinCurtice⁩ book “Native” featured in the background for everyone to see.

This message is only visible to admins:
Problem displaying Facebook posts. Backup cache in use.

Error: (#803) Some of the aliases you requested do not exist: thepreacherscoach
Type: OAuthException

If you're grieving and exhausted and angry right now it's because you give damn.

If you think all we need for this moment in history is to ask “What would MLK do?” It’s time for you to trouble the narrative. It’s time for you to move beyond simplistic, convenient narratives and wrestle with complexity and nuance. It’s easy to believe that the 1960s has only one leader, MLK and that he led the perfect protests and that those protests are what led to change. And as much as I honor King, that is entirely ahistorical. The 1960s were filled with protests like King’s but also rebellions (riots) like the ones we’ve seen over the last few years. Both forms of protest put pressure on politicians. Both forms of protest were covered by media. Both forms of protest were in a tug and pull with one another. Both forms of protest were met with violence. Both forms of protest have always existed- together, in one exhale of the Black community. It is quite frankly, lazy to accept child-like answers to questions like “what would King say?” Or “what would Jesus do?” Or “but isn’t violence always wrong?” Or “does the gospel have anything to do with race?” Or “but aren’t we all just human?” Or “but why can’t they just xyz?” TROUBLE THE NARRATIVE. King was human- growing, learning constantly. And since MLK was assassinated we have no idea what he would think about the fact that cops are still killing Black civilians in 2020. Trouble the narrative. Jesus held a one man riot over capitalism in the temple, but you think he’d be calm about George Floyd? Trouble the narrative. You find violence intolerable when it’s poor Black folks, but not when it’s white folks after a football game? Not when it’s America’s wars? Not when it’s stand your ground? Not when it’s ICE or patrols at the border? Trouble the narrative. History, Scripture, Social Revolutions, Black Struggle cannot be boiled down into one convenient sentence. It’s condescending, lazy, and uneducated. It’s thoughtless. And thoughtless isn’t what we need right now. Trouble the narratives of white supremacy and anti-blackness. Or else we will keep repeating this cycle. ... See MoreSee Less

“I CAN’T BREATHE.” Those words give voice to the terror that has haunted black Americans since the founding of this country. They can also serve as a tragic tag for a political-cultural era in which life has been choked out of so many and so much.

• “I can’t breathe” were the dying words of a black man named George Floyd, as a police officer kept a knee on his neck for nearly nine minutes, while Floyd lay handcuffed on the ground. They are words that thousands of lynching victims in this country might have said as they died, words that freedom-seekers now living in limbo south of our border could say as they watch their dreams and sometimes their children die. All of this is rooted in the racism that American “leaders” have long exploited as a path to power, to which too many whites have given silent assent.

• “I can’t breathe” might have been the dying words of the 100,000 + American victims of COVID-19 just before they were intubated, deaths that have hit communities of color the hardest. Fewer would have died if our “leaders” valued science above ideology, human life above money and power, and the public interest above their own. Their knees were pressed down on those throats.

• “I can’t breath” represents a challenge to the moral credentials of white people—if we fail to speak and act against the racist forces that help fuel #45’s war on democracy. Some of us have been “gasping for breath” since the birtherism huckster ran for president, polluting the air we breathe with his racism and his taste for fascism. (I do not use the “F-word” lightly, but with the gravity of a student of history. For evidence, see tinyurl.com/y5l8hnsj, a piece I wrote for On Being eight months before the 2016 election.)

In the wake of a horrifying week in America, what can we do? If you or I walked down the street and heard a stranger say, “I can’t breathe,” we’d dial 911. We’d stay with the stranger until help arrived and do anything we could, the Heimlich maneuver, or CPR, or a hand to hold. We would NOT walk on by as if nothing were happening. Please, let’s not walk by now. And let’s not indulge the self-serving delusion that there’s nothing we can do. For example...

• Alone or with your friends, study articles like “75 Things White People Can Do for Racial Justice” at tinyurl.com/y7ou7rkd, and act on one or more of the suggestions there.

• Use Facebook and other social media to let folks in your network know where you stand. What’s worse, being “un-friended” or failing to take a clear stand on the morally imperative issues of our time?

• Speak to family and friends who support racist words and actions, however indirectly. Tell them that you find it hard to breathe in that space. Then take a deep breath, and tell them what you value. Speak the truth with love, but speak the truth.

• If you belong to a faith community whose leaders have ignored or even supported the inhumanity so evident in our politics right now, speak up. Tell them that you need to hear muscular love, truth, and justice preached and practiced, not soothing piosity or faithless complicity.

• When November arrives, vote for candidates who offer something better than the tragedy we’re living right now, no matter your marginal reservations. Encourage others to do the same. "When you govern with lies, the ballots will fly. Lead without soul, and we'll defeat you at the polls."

There’s much we can do. It starts with listening to all who are crying, “I can’t breathe." Souls—theirs, ours, and and our country’s—depend on us hearing and responding in every way we can. ... See MoreSee Less

Join us tomorrow for a very special Pentecost Sunday combined service with Greenleaf Christian Church DOC & City of Refuge - United Church of Christ in Oakland, CA, ONLINE at 1pm ET / 10am PT! Bishop Yvette A. Flunder will be the preacher. Please plan now to join us: www.facebook.com/events/888318958246374/ ... See MoreSee Less