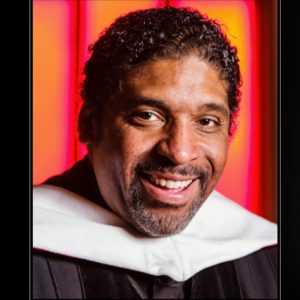 The latest thoughts from Dr. Barber:

William J. Barber II is an American Protestant minister and political activist. He is a member of the national board of the National Association for the Advancement of Colored People (NAACP) and the chair of its Legislative Political Action Committee. Since 2006 he has been president of the NAACP’s North Carolina state chapter, the largest in the Southern United States and the second-largest in the country. Barber has served as pastor of Greenleaf Christian Church (Disciples of Christ) in Goldsboro, North Carolina since 1993. He leads Repairers of the Breach, a 501(c)(3) non-profit organization “formed to educate and train religious and other leaders of faith who will pursue policies and organizational strategies for the good of the whole and to educate the public about connections between shared religious faith. Barber also leads the  Poor People’s Campaign: A National Call for a Moral Revival in honor of the original 1968 campaign founded by Martin Luther King.